Here’s a question for you.  Are engineers gods?

I ask this in the spirit that for many years doctors were regarded as deific, both in the honor and respect lauded and, in their supposed infallibility.  If ever there was a health care failure, it was ruled an act of God, and set on the shelf.  Now that deaths due to doctors and hospitalization are published as annual figures, they’ve fallen to a lower cloud.  Health procedures have picked up percentage success rates to notify the public that just because you opt in for the medical path your doctor’s recommended, he’s really NOT responsible after all.  (Despite the high rate of torte cases every year, but that’s another subject.)

In local issues related to new sewers, river restoration projects, road design, bridges and dams, we turn to the engineering consultants with that same unquestionable focus we used to bestow upon doctors.   “Well, that’s what the engineer says”, becomes the standard answer when you challenge a civic decision, even when so-called common sense lights the warning lights.

Engineers are the answer men (mostly men, groan), and we are not keeping track of their answers.  Polite competition between firms keeps competing science from coming into play.  Once a local firm gets the civic contract, it’s a done deal and only their expert opinion weighs in. The only exception to this is when environmental impact statements are required and high-stake property owners pay to get a more favorable outcome. 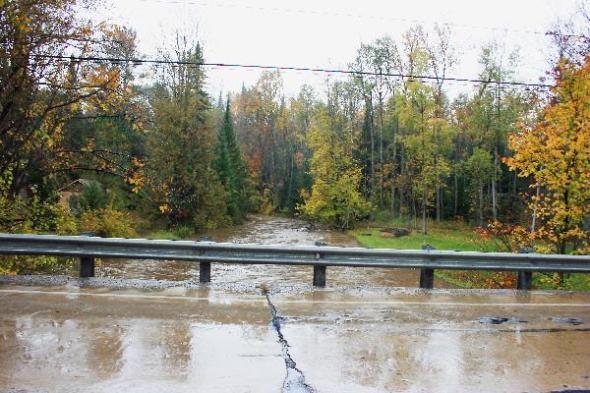 This topic comes to thought just after the Brown Bridge Dam drawdown failed and the Boardman River flooded, damaging more than 60 homes in the process.  The news reports say ‘we may never know why this happened’.  Which is ironic when the engineering project was never suspect.  Maybe this outcome should have been on the percentages list too?

and for my vast national audience:  check this out!  http://engineeringfailures.org/